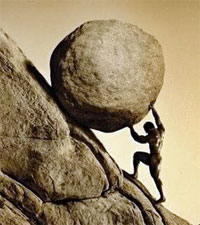 Twenty four years ago Jerry Brunetti and I were finalizing our business plan for a new company that we decided to call EarthWorks.  I had spent five years at Penn State as a horticulture student and five years as a Penn State County Extension Agent.   Jerry had already established a business in the sustainable agriculture side of the business developing animal health care products.

We didn’t know much about this great big turf industry that we were getting into but we thought the time was right to develop a line of carbon-based fertilizer products.  We knew from day one that we would have an uphill battle.  At our very first trade show we could overhear the scuttlebutt that we were creating; “Those guys want to ruin the industry!!!”   This didn’t let up much for many years.

After we were able to help a whole bunch of superintendents discover a better way of doing things, and after we realized just how important the soil test was to our success, I decided to publish an article for my friend Peter McCormick in TurfNet on calcium.  By this point I had heard all the “organics can’t work” comments but I mistakenly thought that no one would object to a simple calcium discussion.  I was wrong and since then I’ve felt like I’m stuck on a  roller coaster!

That article was, I thought,  just a basic calcium piece that talked about the importance of this very important nutrient.  After all,  grass plants are made up of mostly calcium, right?  This piece opened up a whole new can of worms.  I commented on what most of us who try to balance soil colloids, know to be a universal truth: we CAN floculate a soil with good chemistry.  After 15,000 soil tests annually, and working with hundreds of superintendents who have seen this happen, I feel pretty comfortable in this conclusion.  But I guess not all agree.

I commented on what most of us who try to balance soil colloids, know to be a universal truth: we CAN floculate a soil with good chemistry. 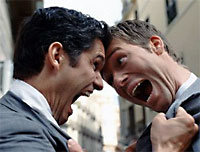 In the recent Point–Counterpoint: SLAN vs. BCSR Soil fertility interpretation article in Sports Turf Magazine (January 2012, page 24), I squared off against Dr. Max Schlossberg of Penn State.  That is my last “He Said/She Said” article comparing  the virtues of base saturation (BCSR – base cation saturation ratio) to the limitations of SLAN (sufficiency levels of available nutrients).  Not because I’ve given up on this approach; it’s just because I am tired of having the same hollow argument with folks who don’t have to be accountable and prove themselves every day in the field.

I am tired of having the same hollow argument with folks who don’t have to be accountable and prove themselves every day in the field.

Once this article hit the streets my phone was buzzing off the table with calls from superintendents who have made physical changes on their properties and reduced inputs to boot — all using base saturation.  They kept asking me “is this guy trying to say we’re stupid?”  In the conclusion section of Dr. Schlossberg’s article he stated; “Of all the techniques available for maintaining porosity in highly-trafficked mineral soils, none invokes more laughter among turf grass scientists than the “fertilizing to obtain a balanced base saturation” approach.”   Like I said, this is my last attempt at trying to play nice.

If BCSR didn’t work, I wouldn’t use it.  If it didn’t work I would have been kicked out of every superintendents office that I visited.  Oh, and by the way, most independent turf grass consultants use this method. Golf course and athletic field superintendents are NOT stupid.  They work very hard at their art and profession and they know what works and what doesn’t.  So enjoy your laughter… but understand the last laugh is ours!